This 20ton Safari Launch is a variant of the small patrol boat I once designed for my patrol cruiser model. It has bee re-utilised as a Standard Merchant’s Launch (for the Subsidized Merchant) and a Safari Launch for both the Animal Class Safari Ship (yet to be built) and the JG Safari Ship. 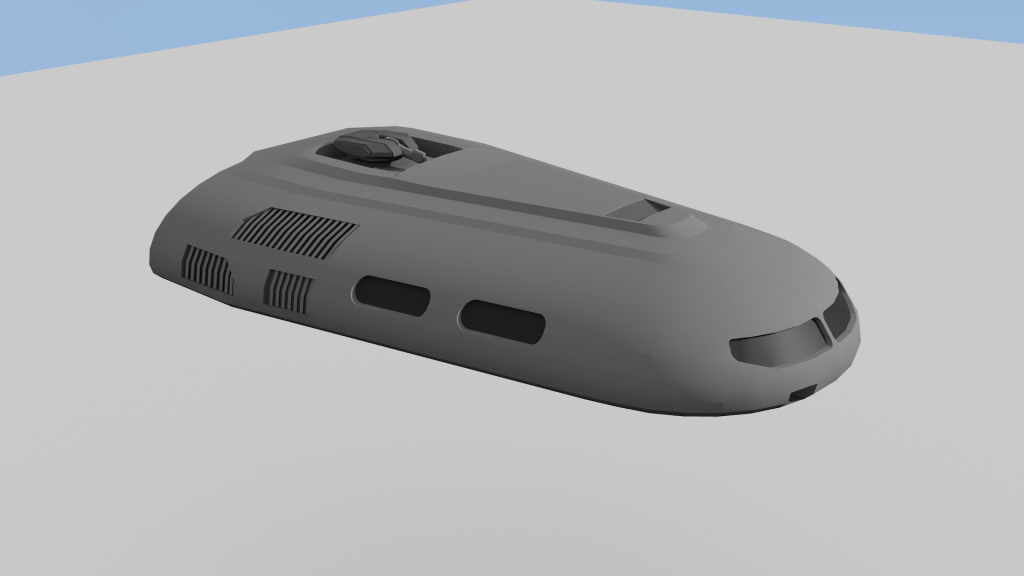 The following interior view is from the 30ton Patrol Boat, so a few differences should be pointed out. The 20 ton launch does not have the indicated cargo bays, but retains the rear accessway between the split drives and powerplant. The corridor functions as the main airlock and has a ventral hatch to allow docking with a Subsidized Merchant, JG Safari Ship or other ships with externally mounted launches. All 20ton variants feature the dorsal hatch, which is optional on the larger 30ton boat.

A SAR (search and rescue) emergency response variant exists that trades the hardpoint for a dorsal docking mount used for quick evacuation of other craft trapped in hazardous situations. This variant also features an appropriate interior configuration (e.g. emergency lowberth or a sickbay.

The passenger area can be equipped with various configurations during construction or converted at any shipyard capable of repairing small craft. 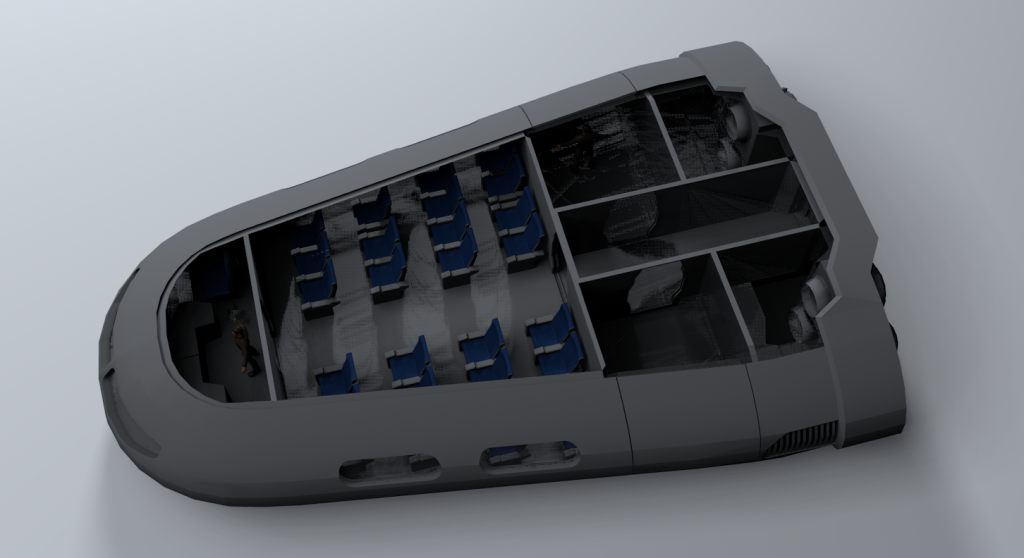 The image above shows a 30 ton Versiil Class Patrol Boat. To imagine the layout of the 20 ton Safari Launch described here imagine the following: The rear portion of the craft is moved forward to the approximate location of the rear cargo bay walls in the image above. The drives would be located at the location of the cargo bays above. The Passenger compartment is nearly the same size and misses the two center rows of seats. The total capacity for the Safari Launch is 20 plus 2 crew.

Pure cargo configurations or such with a lot more room for each passenger are common with the average of these vessels totalling 16 Passenger seats and 2 crew seats or 8 passenger seats, 2 crew plus a small cargo area in the rear part of the passenger section.