The third of the initially colonized worlds, Amondiage is an arid world with little in the way of riches or resources. Ruled by a charismatic dictatorship, it has emphasized exploitation of its main colony, at Acadie, as a source of minerals and raw materials.

Description based on UWP

Amondiage has an Excellent Starport with shipyards able of handling Starships up to the Overhaul level, and provides Refined fuel. The main world is roughly 9,600–10,399 kilometers in diameter, and is a Medium terrestrial. The atmosphere has a pressure of 0.71 to 1.49 atmospheres The atmosphere is a standard oxygen/nitrogen mix, which is breathable without assistance. The surface is roughly 15–24 percent surface water (or similar fluid), which qualifies it as a Dry world world. The main world has a general population of 1 Billion to 10 Billion (P,000,000,000) local residents, which qualifies it as a High population world. The local government is characterized as Charismatic Dictator, with government by a single leader enjoying the confidence of the citizens. Visitors may find the law highly restrictive as weapons outside the home are regulated or restricted by local authorities. Technology is described as Average Imperial (See TL chart). 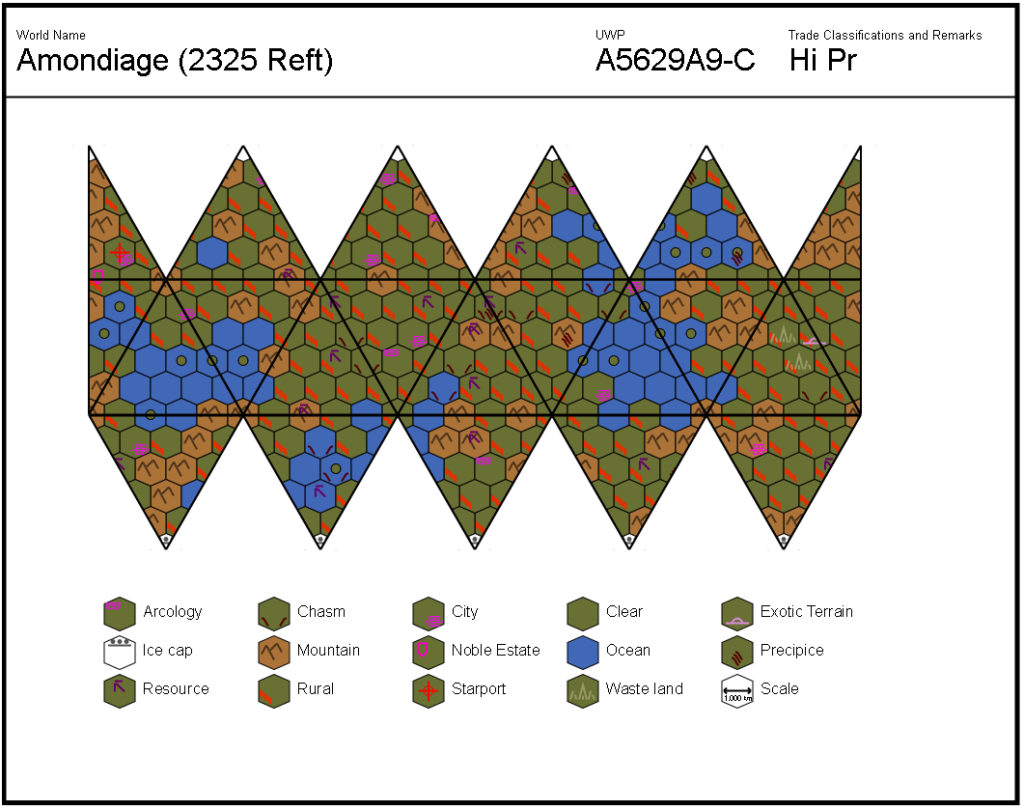